The keys to our spiritual awakening, the inner work essential to our regeneration, are the technique of conscious astral projection, which allows us to discover the fifth dimension, and the technique known as the death of the ego, which allows us to eliminate all our defects, weaknesses and evil, the ultimate cause of both our misfortune and the sleeping of our consciousness.

The Alcyone association was started in Spain on the 4th of May 2007.

The impulse that led us to create the Alcyone association was none other than the urge to contribute with our effort to spread the above mentioned work worldwide. We then decided to do it in a non-profit and altruistic way, knowing the extraordinary importance and urgency of its dissemination in these times of worldwide crisis and complete failure of ethical and moral principles.

With the birth of the Alcyone Association we undertook campaigns of free dissemination of the book ‘Hercolubus or Red Planet’. Since then, we have sent hundreds of thousands of copies to interested individuals and families in the five continents. Similarly, through those years we have received testimonials of gratitude from thousands of readers from all corners of the world.

The Alcyone Association is registered with the National Registry of Associations within the Ministry of Home Affairs, group 1, section 1, with national number 588698, and has its headquarters in Burgos, P.O. Box 4, 09080 Burgos (España). 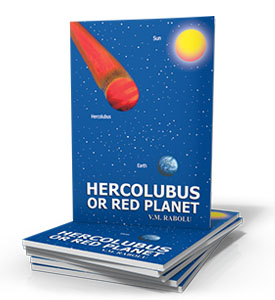